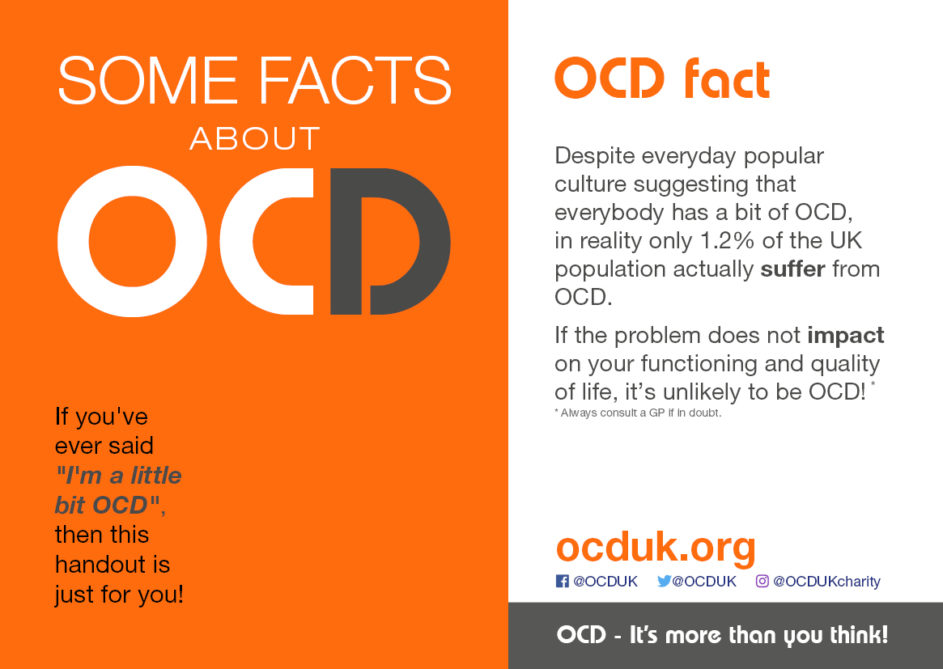 My name is Simon. I wanted to write an article about my experience because this week is OCD awareness week.

I was diagnosed in 2000. I decided to go seek help for intrusive thoughts I was getting. I went to the GP saying I suffered with bad thoughts. I also mentioned that I took a long time washing my hands.
Whilst talking to people I would get intrusive thoughts which worried me.
I was also worried that after hearing about my bad thoughts I was having, I’d be locked up and put away. The doctor said I had OCD.

I was a bit relieved when I got the diagnosis because I knew I wouldn’t be put away. At the time I wasn’t given much information about OCD. Since then I’ve done a bit of my own research. I used to read forums on the OCD Action and OCD UK websites. Recently I’ve joined a Facebook group about intrusive thoughts and OCD. I don’t relate to everything that’s on the Facebook group but it does help me.

In 2008 I went to the OCD ward at Springfield University Hospital as a resident. It was good because it helped me realise I wasn’t such a bad person. Intrusive thoughts can make you think that you are. I wasn’t as bad as my thoughts. I met new people and went around London a bit. One of the important things I was told there was when you try not to think of something that’s when you think of it the most. For example, if you try not to think of pink elephants, that is the thing you’ll focus on.

When I came back home, I felt better about myself knowing I could be a good person.

Here are some links to some useful websites: