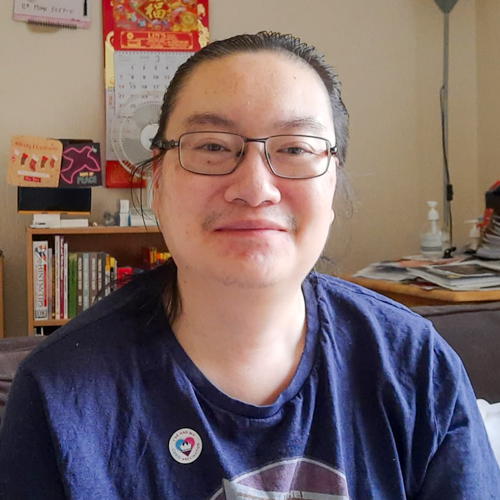 I’m a Bradford Born Chinese, lived in Bradford for most of my life and have a degree.
I have OCD and was a resident on an OCD ward, at Springfield University hospital, in London in 2008-09.
Since 2015 I have volunteered at BTM and been involved in making several short films already.
I want to make this film to gain film making experience. One of my dreams is to work in film behind the camera.
I like going to coffee shops and used to go regularly to Café Nero and Starbucks. I also like Marvel films and comics.